Justin Balog is a Colorado cyclist, videographer and photographer who has captured the various adventures of others. But he isn’t afraid to get out there himself. In 2018, Justin and a friend set out to ride straight across the rugged heartland of Iceland. You can see Shared Territory – Iceland March 14 at The Oriental Theater in Denver. Roll Massif sat down for a chat with Justin ahead of the screening.

Roll Massif: How in the world did a cycling filmmaker from Colorado end up in Iceland?

Justin Balog: First of all, thanks for the opportunity to share a bit about Shared Territory – Iceland with you. We’re excited about the film and hoping to raise some money for World Bicycle Relief and Iceland Search and Rescue.

My first experience in Iceland was in 2014 when my wife and I had traveled there to celebrate New Year’s Eve, go SCUBA Diving (yes the water was cold, so cold) and to witness the Northern Lights. Quick travel tip, Iceland Air has a direct flight from Denver and it’s way cheaper in the winter. Both of us immediately fell in love with the country and its people. The idea for Shared Territory Iceland originated in college after reading Egil’s Saga, probably the most famous of the Icelandic Sagas. In the Sagas, there is reference to an ancient passage that connects Iceland’s lands near the Arctic Circle with its southern most shores. This film is a rediscovery of that passage.

What expectations did you have of the riding? Which were correct and which were wrong?

Honestly, we didn’t know what to expect. We had very little intel available to us. There isn’t much on the web about the interior of Iceland. Up until the point we made it, we were never really sure we were going to make it. It was that much of an unknown. We did expect wind, rain, sun, etc. all of which we experienced. However, one thing we didn’t expect was the experience of nothingness. There were two full days where we didn’t see another living thing. Nothing. No people, no birds, no bugs, nothing. That was unexpected for sure.

A videographer friend says the best way to ruin a ride is to make a film about it. How did you balance enjoying the ride and being in the moment versus working and thinking about how to best capture the experience?

That sounds about right. I will say that we wanted to make a film that was bigger than a bike ride. A film that would provide a rich narrative about an ancient passage that I’m guessing few people in the world have ever heard of. Because our story is vast, it allowed for me to enjoy the experience to a greater degree than I would have had it just been about the ride. That being said, I was asked a similar question at our premiere in Salt Lake City and I remember answering that I would love to just go and ride the route again and enjoy it without the pressure of budget, narrative and production. Anyone game for a ride? 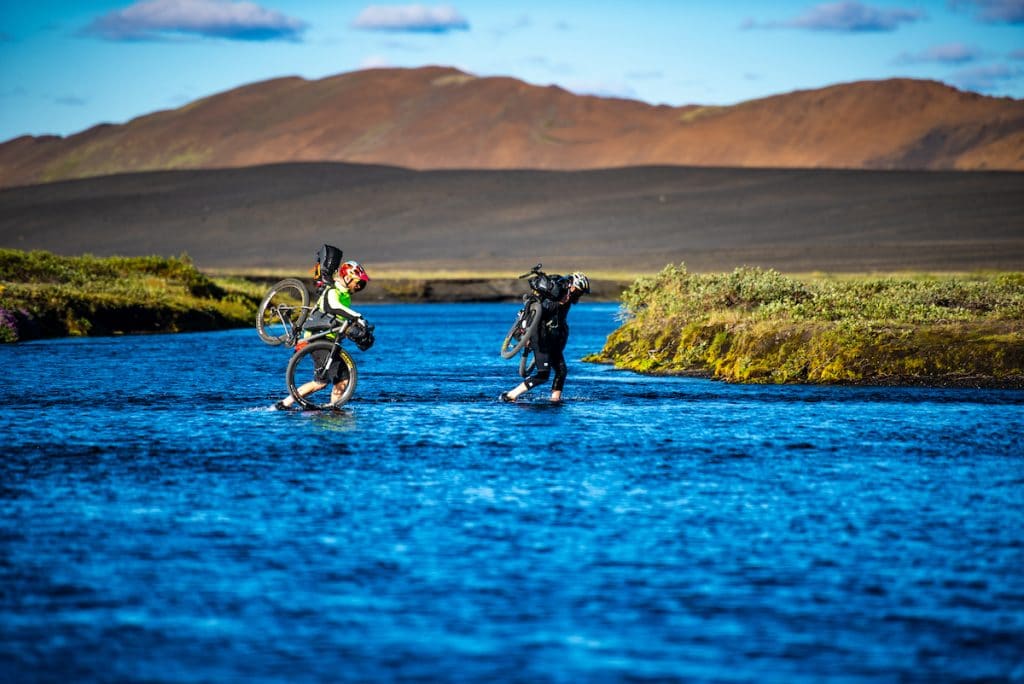 What other films have you made about cycling?

As a filmmaker, my focus has always been on the ‘micro-mentary’, short narrative films that connect with people through story. It’s a word I coined a few years back. That being said, I’ve never made a narrative documentary of this length before about cycling. I’ve made quite a few shorter films that are cycling related, but nothing with this scope. The closest in scope to this project was a film I collaborated with Rodeo Labs on a few years back, but that runtime was still under 20 minutes.

You were a collegiate road racer, and you’ve transitioned to being a gravel rider. What is the draw for you to ride drop-bar bikes on dirt?

Yup, I’ve been a lifelong cyclist and for many years, a bike racer. I transitioned from #cat3forlife to my current #50mmmin lifestyle because of my local geography. Living on the Front Range, there are all these secret stashes of single track, parks and open space connected by bike path and roads. I love discovering new connections and routes in terrain that is super familiar. 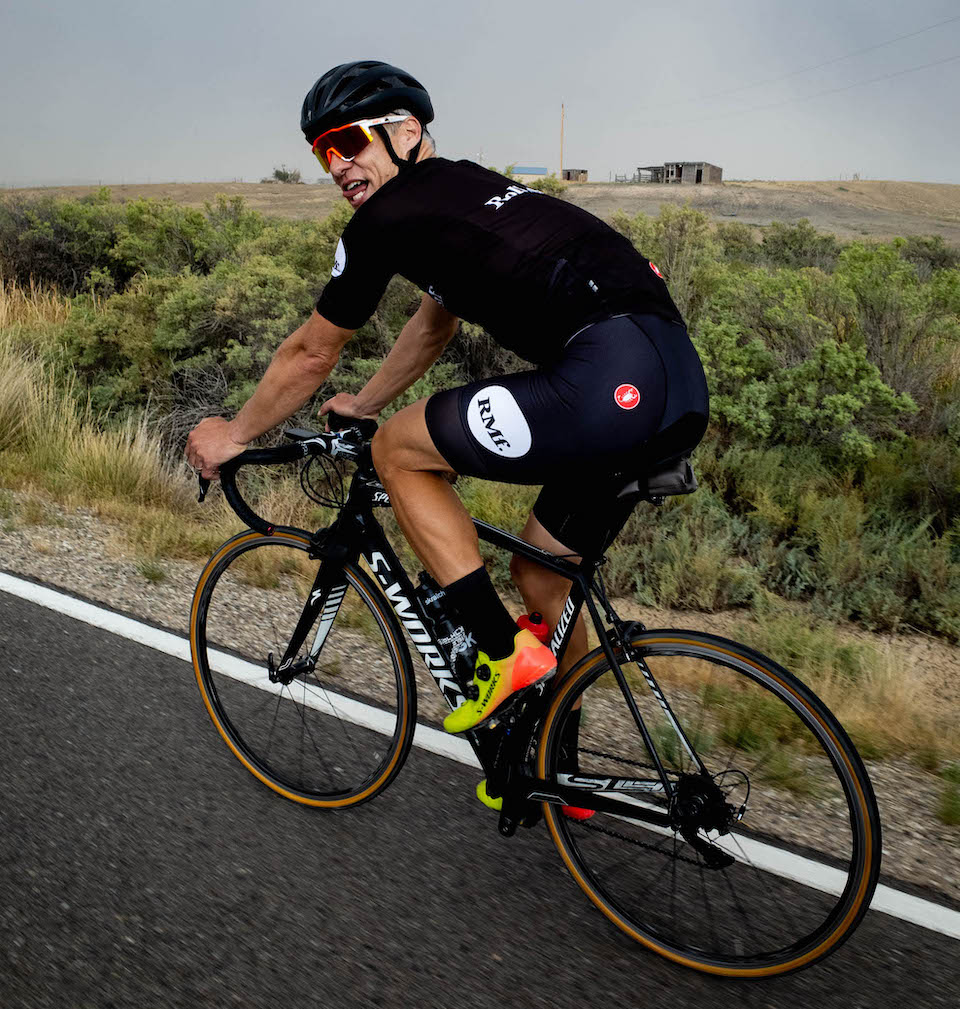 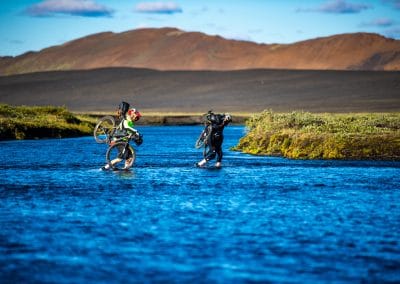 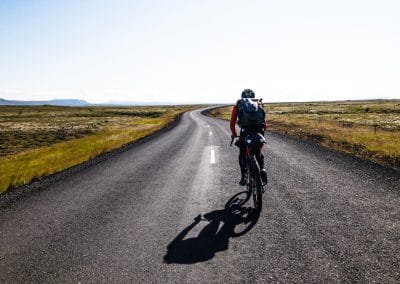 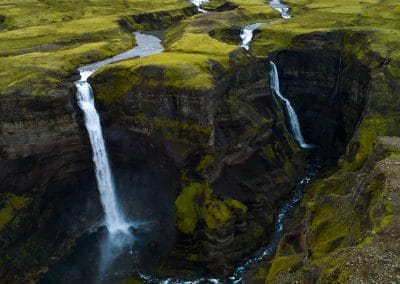 So much foss! (Foss is the Icelandic word for waterfall)

So much foss! (Foss is the Icelandic word for waterfall) 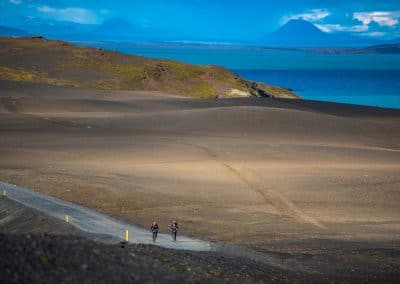 Not a whole lot of traffic in most of Iceland

Not a whole lot of traffic in most of Iceland 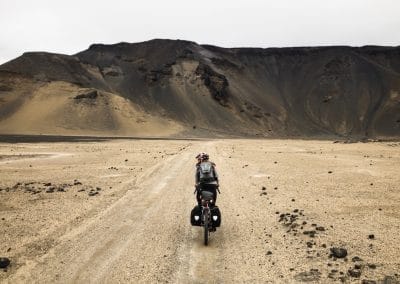 Anybody here? No? No

Anybody here? No? No 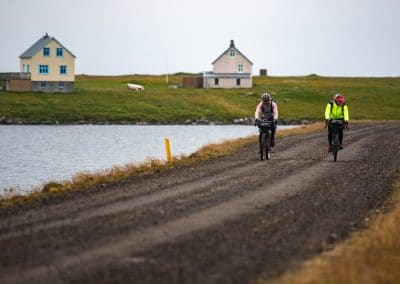 A polar bear was sighted on this road the week before

A polar bear was sighted on this road the week before

The shores of the Arctic Sea

The shores of the Arctic Sea